I may get paid for ads or purchases made through links in this post. 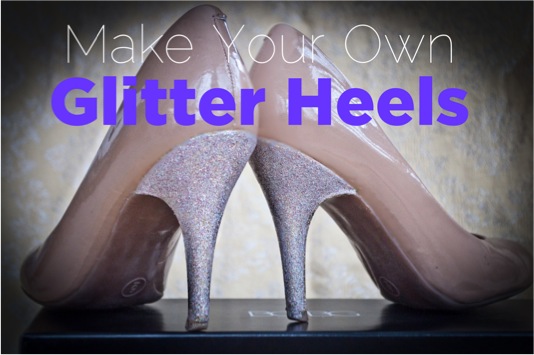 Following is a guest post by Carly at Createlive ~ enjoy!

At some point over the last few months, glitter went from being entirely tacky to surprisingly chic.

That’s how these DIY Pretty Glitter Heels came about…

Glitter is an interesting ‘material,’ though, because it either looks great or horrible.  I see something covered in glitter and immediately think either “I WANT THAT!” or “How tacky…”

When I saw a few glitter-covered heels on Pinterest, I was convinced I’d have to make myself a pair.  So I did.  As with most projects, there’s a tacky way and a non-tacky way to go about things.  But I’m pretty sure we nailed this one… And here’s how:

I had a pair of nude heels from Target sitting around in my shoe drawer at work (yes, I have a shoe drawer… when you walk to work in snow-and-salt-covered Chicago, a girl’s gotta improvise).

The heels were getting a bit marked up so it felt like the perfect time to tackle this project. 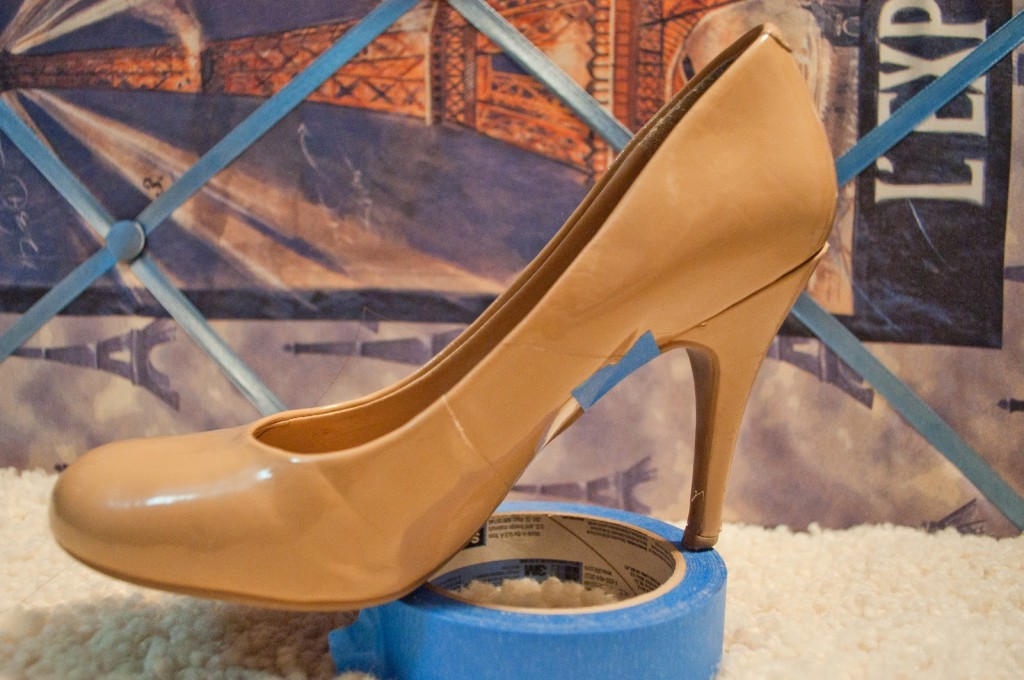 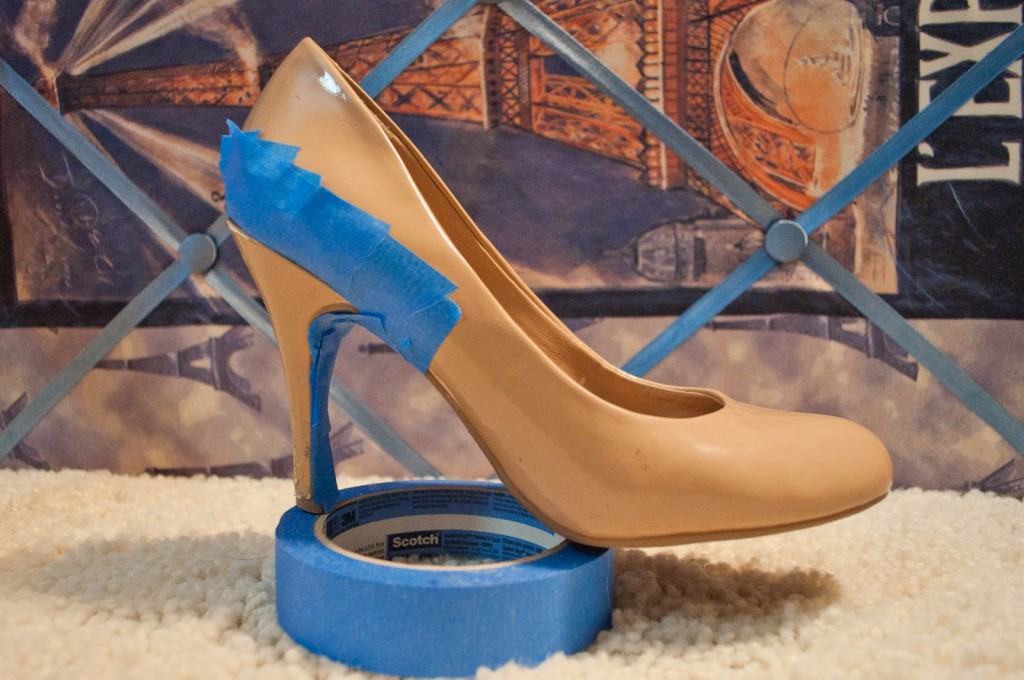 Having purchased gold glitter spray-paint ($5.99 at Hobby Lobby), I covered both shoes in painters tape and plastic bags, leaving only the heel exposed (because an entirely glitter-covered shoe just might cross the line into tacky town, depending on the venue and event, right?). 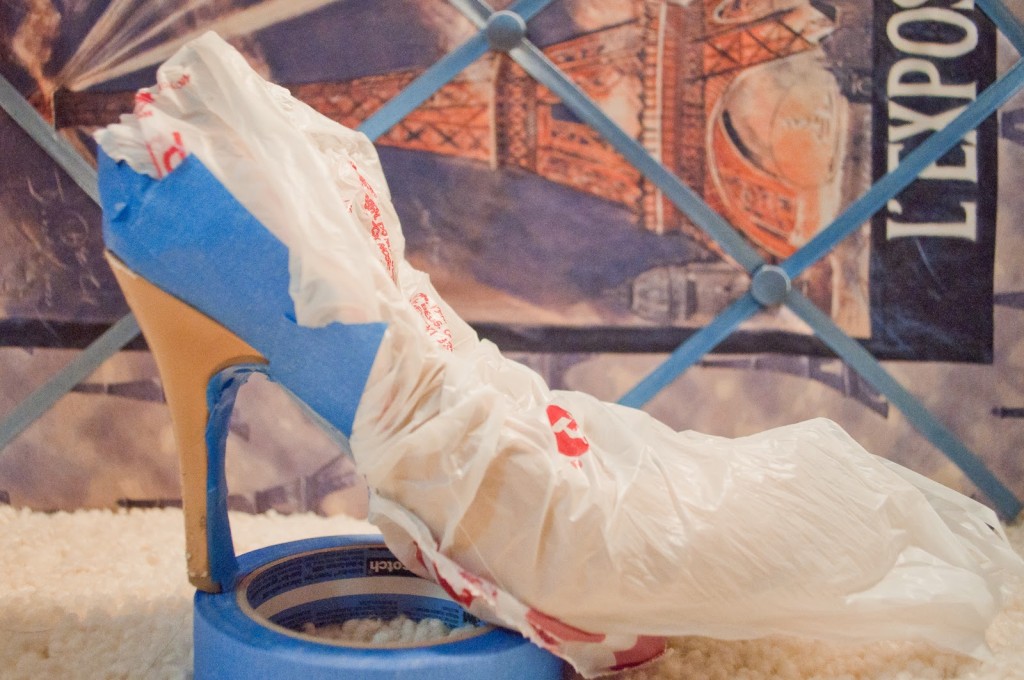 I did about 4 layers of glitter spray-paint before the spraypaint can suddenly stopped working.  What on earth?!

Have the glitter gods doomed my project to failure?  No.  Apparently, if you leave a spray-paint can right-side-up after its inaugural spray voyage, it can ruin the can… FOREVER. 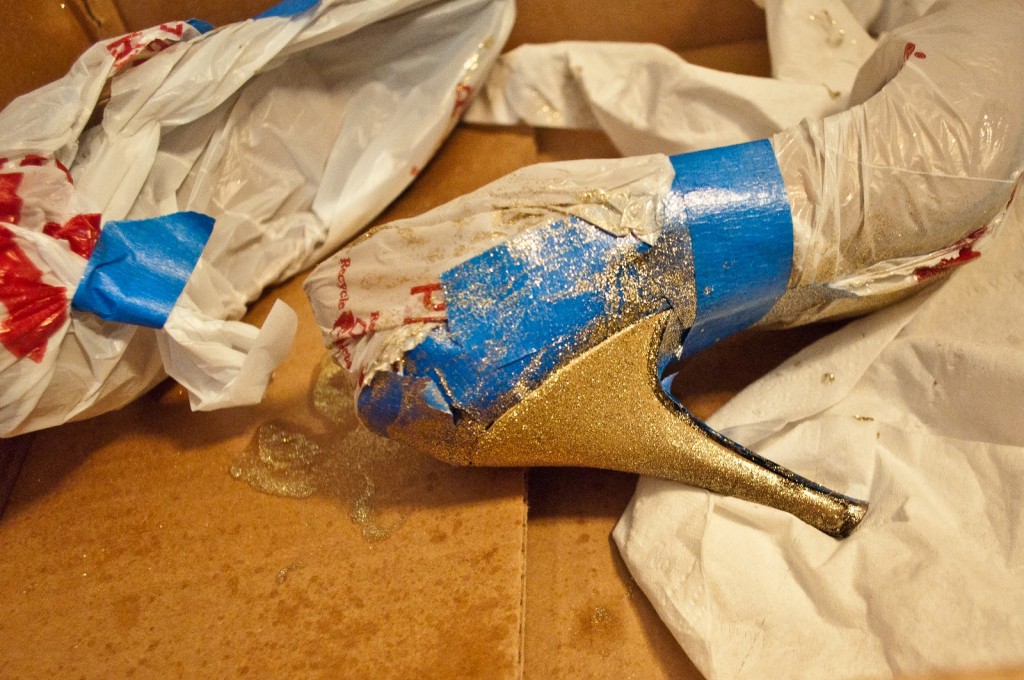 They look better in that photo than they were in real life.  Truth was, while they were glitzy on camera, they just weren’t cutting it off-screen.

Anyways, with my impatient nature, I began searching for a solution.

Sure, I could buy another can of glitter spray-paint… but I didn’t love the gold look anyways (just wasn’t Gaga enough for me, I guess?).  Plus, a new can of spray-paint would have meant another drive to the store and another 6 dollars; both sacrifices I was unwilling to make at the time. 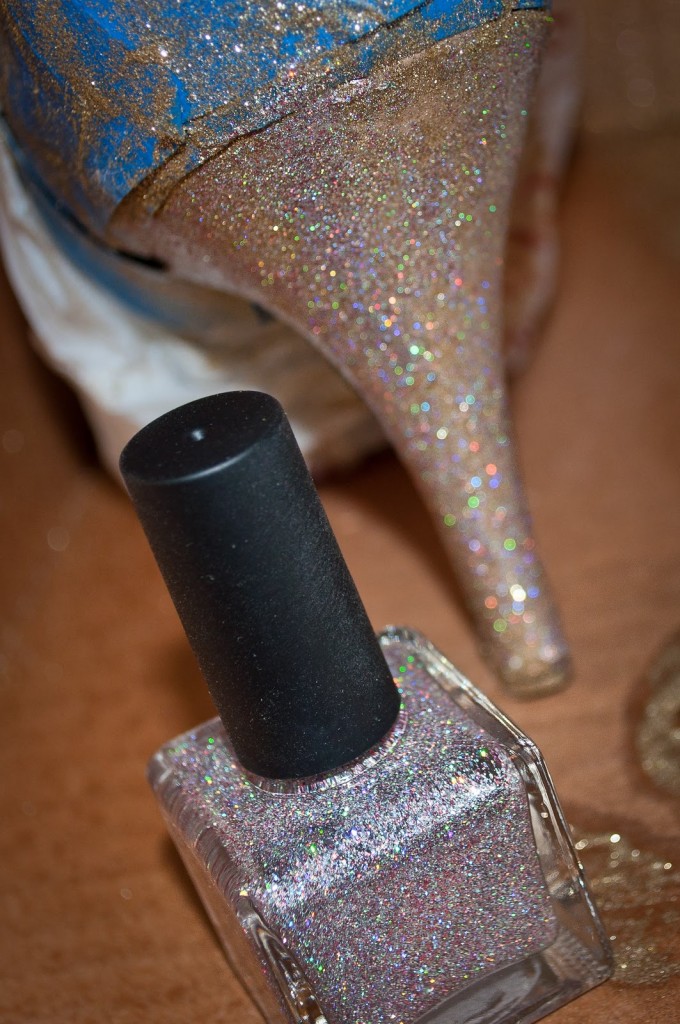 It sounds odd, but was probably the best accidental discovery of all time (exaggerate much, Carly?).  I covered the heels in this silver nail polish, bought for $5 at Urban Outfitters.

Ultimately, I think it was fate that brought that little silver glitter nail polish into my life (still exaggerating, I see…).  The combination of gold (spray-paint) and silver (nail polish) helps these shoes really sparkle, though the end result is much more silver than gold.

As an added bonus, the tip of the nail polish brush allowed me to be very deliberate with my painting and get every nook and cranny, which would have been quite difficult if I had exclusively used the glitter spray-paint. 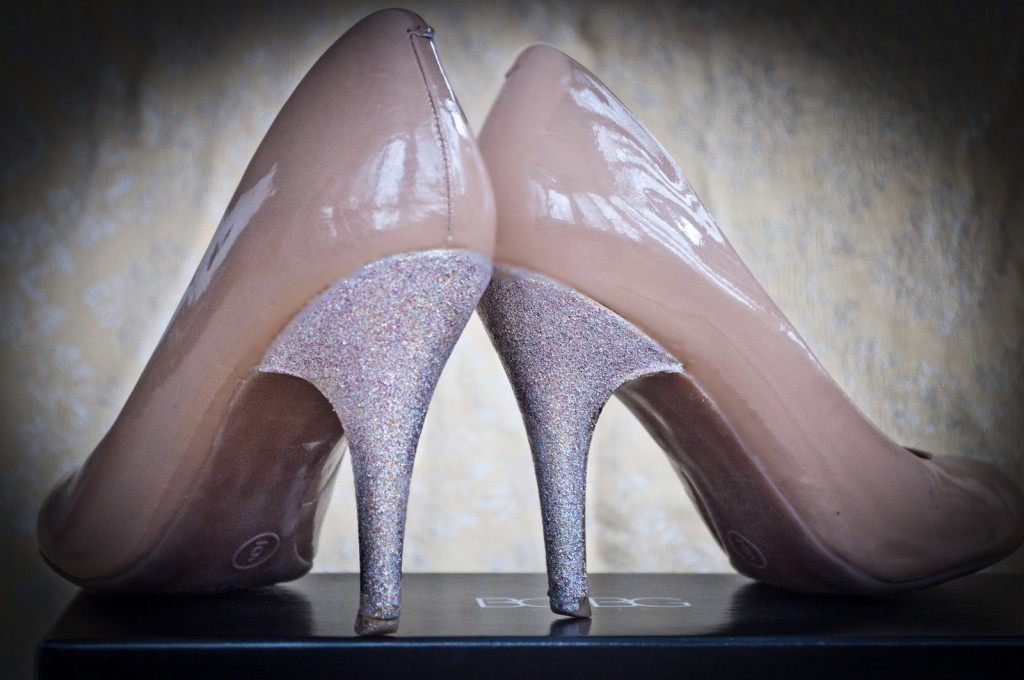 You can never have enough creative ideas.  Find even more Craft Ideas and DIY Wedding Ideas below…

Load up on inspiration with these fun Wedding Freebies and DIY Weddings Ideas! 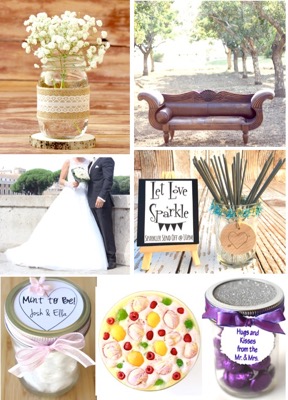 Fun Crafts To Do that Anyone Can Enjoy! {huge list}

Feeling crafty??  It’s time to get your Craft on and get inspired to do some fun crafts! 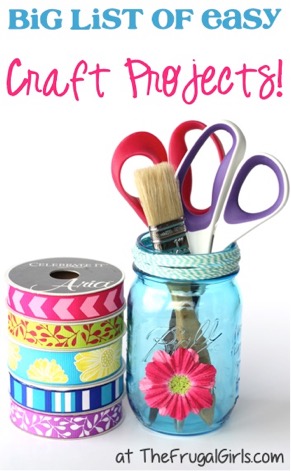 Store Deals + Shopping Hacks That Will Save You So Much Money

Frugal Girls LOVE great deals!  Before you shop, check out these Insider Tips + Shopping Hacks that will save you so much money at your favorite stores!! 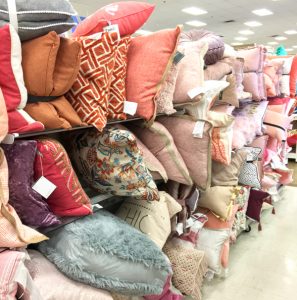 Hey there... it's so nice to meet you! I'm Heidi: a Frugal Girl living in sunny Arizona! I love sharing Easy Recipes, DIY Decor, Style & Beauty Hacks, Gardening Tips, Travel Hacks, and Creative Ways to Live the Sweet Life on a Budget. I'm so glad you're here!
More About Me >> 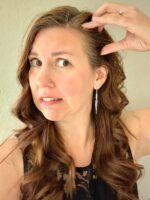 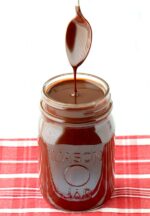